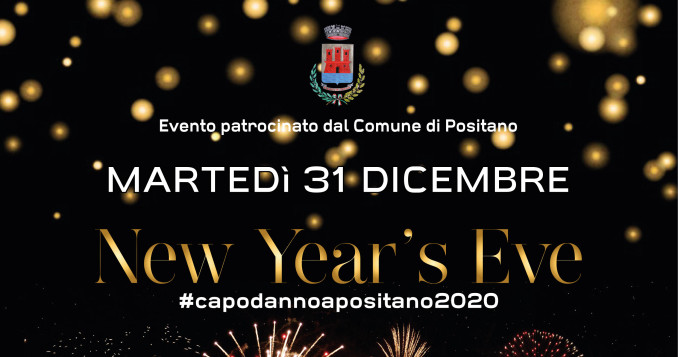 Positano, one of the most beautiful cities in the world - considered the "jewel of the Amalfi Coast" - is perfect not only for summer holidays but also for Christmas ones in winter thanks to its position on the sea. Even in winter the beach remains one of the main attractions: Spiaggia Grande is the heart of Positano's life thanks to its restaurants and bars. A visit to the Madre Assunta Church and to the the Black Madonna are absolutely worth! Don't miss the suggestive "nativity scene" in the Fornillo Cave, to the MAR and to the Museum close to the Roman Villa, which is one of the most important Italian discoveries in Campania with admirable frescoes that can't be missed.

For the 31st dinner 4 restaurants are open and all of them are excellent choices. Let's start with 'La Taverna del Leone', the restaurant is located on the S.S. 163 in the Laurito area, towards Praiano coming from Sorrento. On the beach there are 'La Cambusa' and the renowned 'Chez Black'. Those who choose Positano for their dinner will not regret. We advice to hurry because the Sold out is expected. You may also consider the Hotel Pasitea and the Conca d'Oro for sleeping, (availability permitting) they received a prize for hospitality and have lots of Guests also in winter.
And last but not least, we mention the restaurant "Il Fornillo", in Viale Pasitea, 266, ready to amaze you with pizza and Mediterranean dishes served between candlelights in a sober room with a small terrace overlooking the bay.

Positano is preparing to welcome and celebrate 2020 and the whole town will be an explosion of colors. Even the upper areas of the Lattari Mountains are beautiful... we are talking about the village located along the Path of the Gods, which starting from Agerola, dominates the entire Amalfi Coast.

Tuesday 31st of December in the district of Nocelle, the beginning of the new year will be expected with the second edition of the festival 'Na bbona Fine and Happy beginning of the year - Eco New Year 2.0': you can taste local delicacies and attend the fantastic folkloric show of the 'Le Cuntesse'. Everything will take place from 8:30PM in Santa Croce square thanks also to the commitment and dedication of the Young Boys of Nocelle.

At 11.45PM, waiting for the Countdown, the Capri Group 'Allerija', with its music, will cheer and entertain everyone at the 'Rotonda', the characteristic Spiaggia Grande square, in Positano.

To celebrate the New Year, at the stroke of midnight, there will be sensational fireworks and you can continue dancing until 2:00AM with the 'Allerija' and until dawn with the sound of the positanese DJs Mario Iovieno, Lill8 and Nino Lauro . 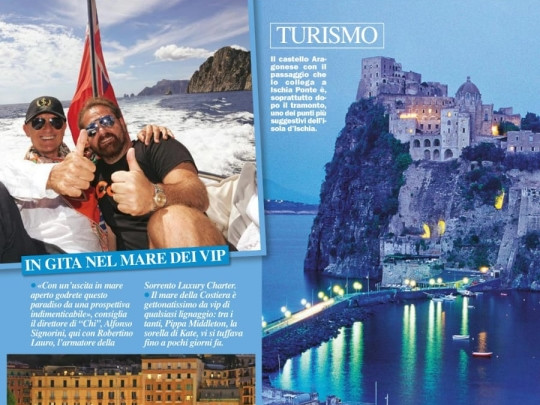 A TRIP TO THE CELEBRITIES SEA

"With a trip to the open sea you will enjoy this paradise from an unforgettable perspective", advises the director of “Chi”, Alfonso Signorini, here with Robertino Lauro, the owner of Sorrento Luxury Charter. The Coast Sea is popular with celebrities of any lineage such as Pippa Middleton, Kate’s sister who dived until a few days ago. The yacht of Sorrento Luxury Charter that led the director of Chi, Alfonso Signorini, to discover the beauty of the sea of the Coast. Under the owner Robertino Lauro, with the chef of the Hotel Regina Isabella of Ischia, Pasquale Palamaro. 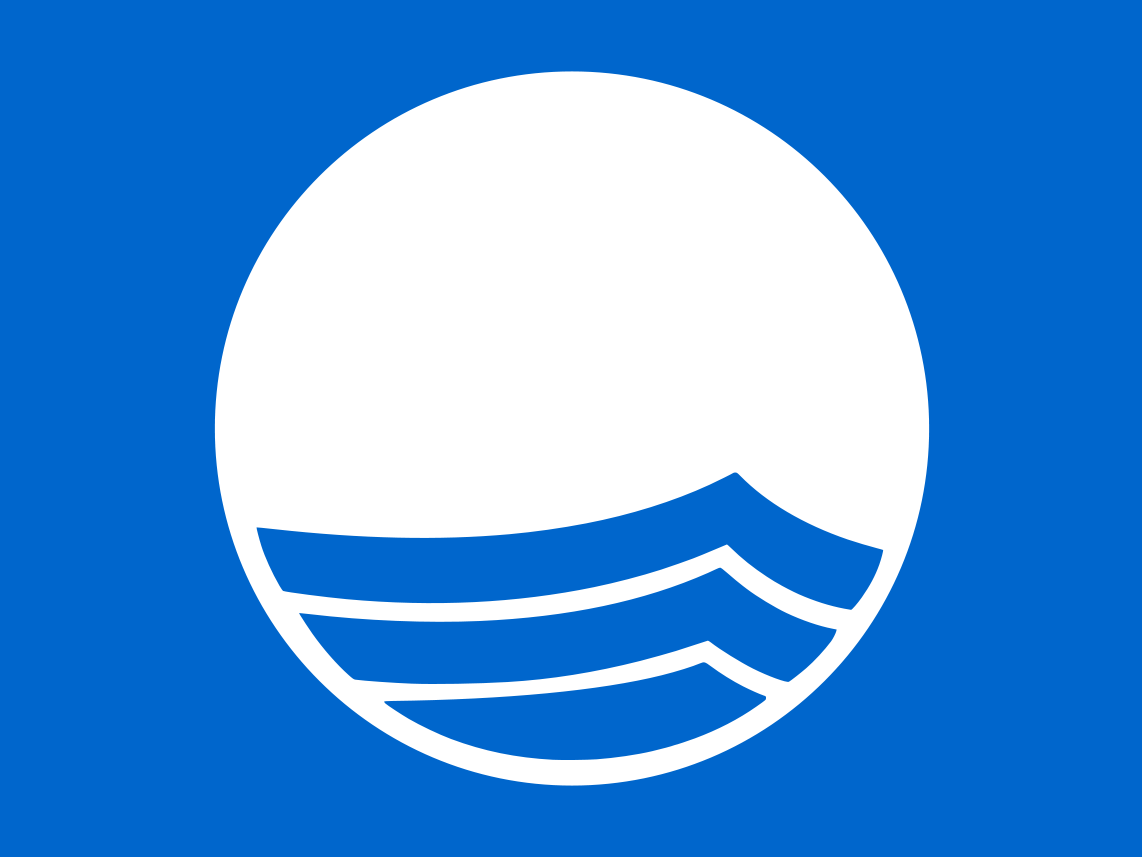 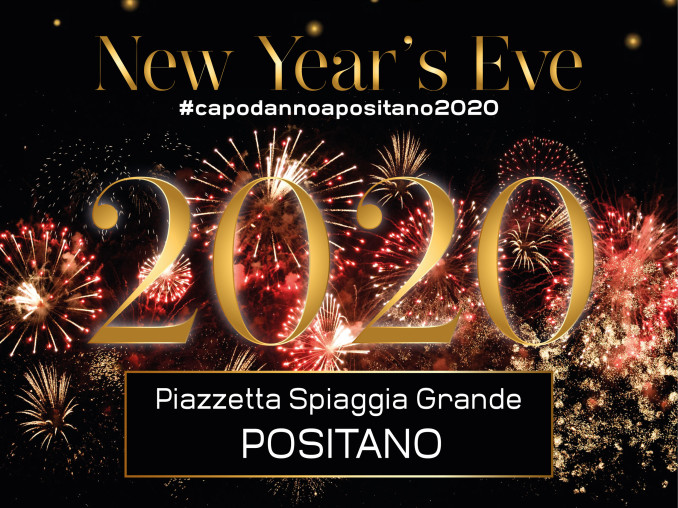 Positano, one of the most beautiful cities in the world - considered the "jewel of the Amalfi Coast" - is perfect not only for summer holidays but also for Christmas ones in winter thanks to its position on the sea. Even in winter the beach remains one of the main attractions: Spiaggia Grande is the heart of Positano's life thanks to its restaurants and bars. 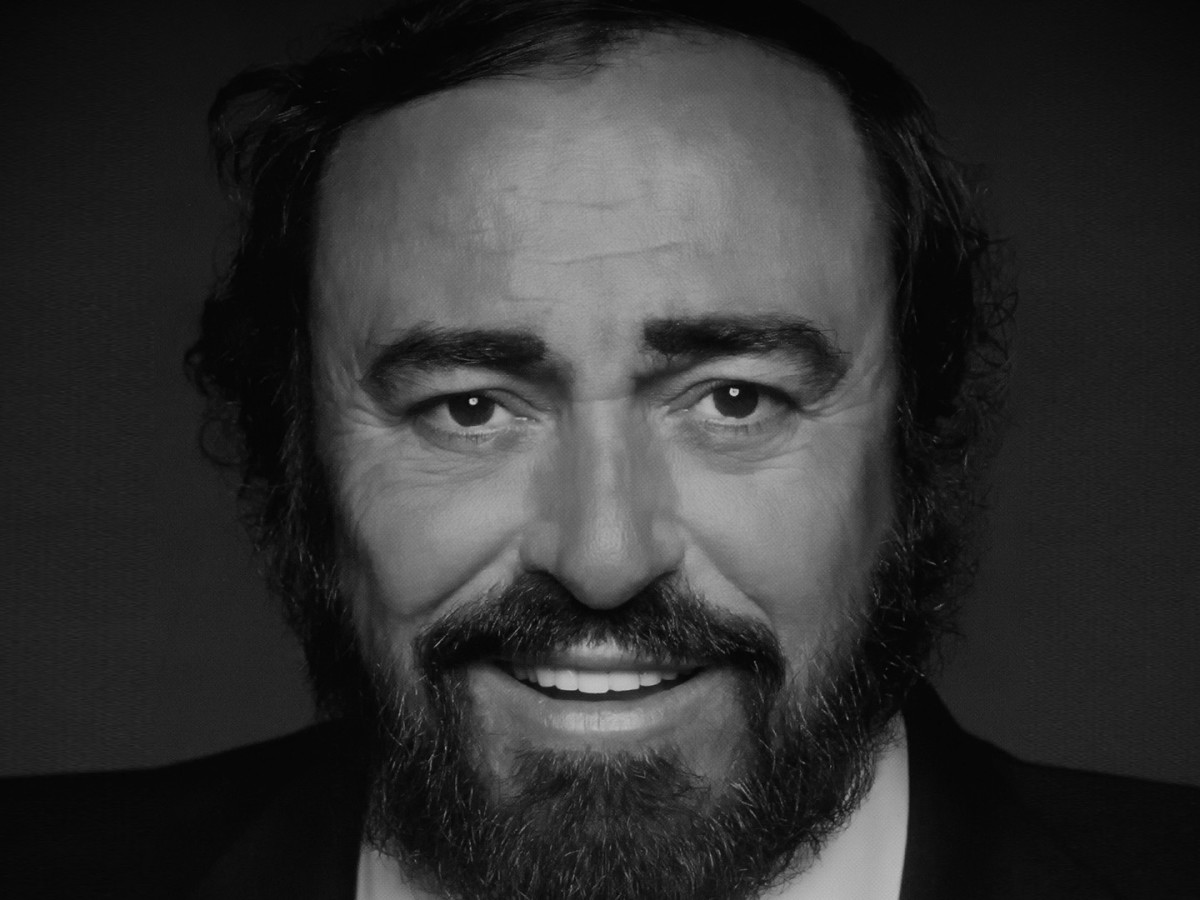